In defence of Russell part 1: Russell Hantz destroys Survivor for everyone 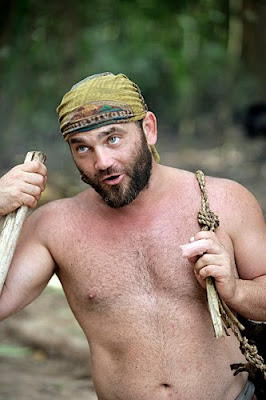 Please note: this post will be of no interest unless you watch Survivor...

Whatever you feel about reality television, it sure is enduring. The current season of Survivor that concludes tomorrow in Australia is its twentieth season which is incredible. However, I am of the belief that this season will finally put an end to the series, not literally – I’m sure it will continue for a few more years with increasingly diminishing returns but Survivor has reached its logical conclusion by virtue of one player – Russell Hantz or Evil Russell as he has better known in Australia.

Survivor is an interesting game in that it plays on the dynamics on individual players and puts them under incredible moral strain – inevitably the good will do something that compromises their values in order to move closer to the million dollar prize. And let us not forget, this is what the game is about - a slow crawl towards money. This is a game that rewards immorality, manipulation and deceit. This is why Russell is, to me at least, the logical conclusion of Survivor – here is a player who deals solely in immorality, manipulation and deceit. He didn’t get there through circumstance or the game – he entered Survivor fully aware of that was the game was played. He controlled the game from the moment he stepped on the island in Samoa in season 19. He actively made life miserable for his team, played people against each and removed contestants at will. He showed a level of initiative that now (after his performance in two seasons) seems to reveal all other players as amateurs – why after the show was on TV for so long that no other player had shown the insight to actively look for immunity idols as well as form complicated alliances that were weaved so tightly that there was barely any chance that he would be voted out. Russell Hantz is the ultimate survivor player.

Now I’m sure there is some debate about this but I think Russell effortlessly made his way into the final three in Samoa through audacity, cunning and at times, luck, but I tend to think he was so skillful in playing people against each other that the other players didn’t really have a clue what was going on half the time. Seriously, people were genuinely shocked by how he played but to me everytime he was on television, the screen lit up and he gave us one of the most beguiling and complex performances of modern reality television. Further, the next season – the Survivor all star Heroes vs Villains provided definitive proof that Russell was no pretender to the crown. At this point Russell had just finished Samoa and was drafted onto the next show almost immediately. Even though you could see exhaustion and cracks beginning to show, he was playing against some of the most seasoned played in the game and still made it to the final three again. Boston Rob, arguably one of the best players in the series, was side swiped early by Russell much to his disgust – Boston Rob was certain Russell was going home that night.

Sure, Russell could at times be an ugly bully and spiteful at the expense of his game plan but he effortlessly won both series by my vote. The problem with the format is that the jury that decides the winner is made up of contestants that have already been ousted – mainly by Russell. In this forum, his style of play will never win. But if these players could see beyond their own emotional reaction to their relationship with him and look at the situation pragmatically it comes down to this – if the motto of the program is to outplay, outwit and outlast your competitors, I’m sure that all would agree that Russell ran rings around them. And if they don’t, then they obviously don’t understand the dynamics of Survivor and SHOULD have been voted out anyhow.

So why do I find all this interesting? To me, it seems that Survivor was building to this point - that somehow in the 18 seasons leading up to this, it would create the ultimate player and unless they significantly change the game, I can't see how Survivor will survive Russell. No future player could play the game this way as any contestant worth their salt would have studied Russell's every move and be revealed quickly. Further, even if they did transparently borrow from Russell's game plan, it is hard to imagine anyone being able to replicate the bravado, sheer cheek and cunning that he displayed. To me, any future Survivor players would be living in Russell's shadow and it's hard to imagine that anyone could play the game as well or be so entertaining doing it. By Survivor allowing the ultimate competitor to take part in the game, it's hard to imagine that it can continue much further because every strategy and possible future direction has been usurped by a single player. Survivor never jumped the shark, the shark came looking for it.

So hat's off to Russell, no doubt the ultimate survivor who I think will lead to the end of the show itself and if you think about it, is pretty amazing. 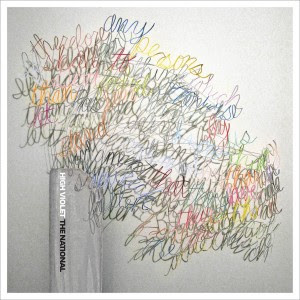 I'm a big fan of Katie's blog and knowing she is a big fan of the National I was surprised to read that she was underwhelmed by their latest album, High Violet. I know that music is a subjective and personal thing but I'm a big fan of this record - I'm touting it as an early front runner for my album of the year. Originally, I was going to write something about how great I found it and encouraged by Katie to put my thoughts down about it, this is what I wrote:

Trying to wrap my head around how brilliant the new National album is a difficult process. I'll write a sentence and it seems ridiculous and not fully formed and I think this is because the album has such depth that it is evolving as I listen to it. For me, it is a glorious cocktail of everything that is right about the music I have loved for the last twenty years with nods to some great bands (probably totally imagined by me rather than through any fault of the National) but High Violet is something exceptionally original at the same time.

For me the sonic touchstones of this album are far ranging and I'm going to get a bit obtuse here so bear with me. One moment I'll hear the horns vs flawless crisp drums clash at the end of 'Bloodbuzz Ohio' that suggest a supercharged version of Mogwai's 'Burn Girl Prom-Queen'. Then, in the next instance I'll hear a slithering bass line reminiscent of Radiohead (eek, sorry readers - terrible comparison but apt) at their most interesting which is then overtaken by the greatest sneaky guitar line Robert Smith never wrote in 1986. There are so many reference points yet they sound like none of the bands I can hear in the music. At times the music contradicts itself in that it shouldn't work in unison but the sound is flawlessly idiosyncratic at every turn.

You'll notice all the bands I mentioned are from the UK and this is what is so confusing about the the National on this album. They are mining a certain territory of Americana alt-rock but sound so far from that sound (as opposed to hacks like Wilco or Calexico), that they almost sound like a British band covering that musical territory. And what a glorious sound it is. While most of the songs are mid-tempo, there is nothing plodding about them. There is an urgency and claustophobia to much of the music but also a dynamic range - drums drop out at odd times, harmoniums drone with intent, distortion sparks and bursts across these sonic landscapes unexpectedly. Strangely, the drums are probably one of the most interesting instruments on the album. They are a million miles from 4/4 time - they shuffle, break and pound like Jim White at his Dirty Three height but the songs here are so complete that it's easy to miss just how weird the drumming is sometimes.

As to the what Matt Berninger is singing about is anyone's guess but there is a definite sense of tension and edge to the songs. What haunts the songs is a sense of loss, addiction and fear. "It’s a terrible love and I’m walking with spiders" doesn't really make a lot of sense but when the song breaks open with the line "And I can’t fall asleep without a little help" hints at the troubles to come. That fear is repeated time and again throughout the lyrics. Berninger sings that sorrow "put me on the pills." The protection and loss of control in 'Afraid of Everyone' hints at deeper tensions:

The classic reading would be to say this is a break up album when he sings "I don't want to get over you" on 'Sorrow' but a closer reading of the lyrics belies a deeper hurt and fear - not just personal but a wider, societal panic and loss gripping the song's protagonist(s). But s/he is not awash with misery, they play a part in the events unfolding on the album's songs, the coldly brutal line in 'Little Faith' leads the way, "I set a fire just to see what it kills." Berninger's haunting baritone rallies and seduces and the vocals are given a certain hypnotic quality as there is a lot of repetition of key phrases and sounds. The line "Your voice is swallowing my soul, soul, soul" would sound ridiculous sung by anyone else but there is no doubting the conviction or fierceness of it's delivery - his voice sounds fantastic.

Again, it's hard to say exactly what is at the root of the lyrics but the references to family, sacrifice and lost love create a complex patchwork of emotions. At times, it is defeatist and miserablist but the final words that run through the soft waltz 'Vanderlyle Crybaby Geeks' seem to present the key to the album "All the very best of us string ourselves up for love." Anyone who is gripped by the complexities of day to day life should relate to this: the challenges of love, the grip of depression and loss, the fight of emotional and substance addiction with the self doubt and recriminations of the decisions we make. In the end, it is a very adult album dealing with issues that are hard and certainly downbeat but there is a lot to love in the webs that Berninger has weaved.

Make your own animation

Make your own animation
This weekend I went to part of the Bienale on Cockatoo Island. My favourite work was a car exploding through space which was made by Cai Guo-Qiang. Essentially it's a number of cars suspended in a huge warehouse giving the impression of a slow motion explosion. I made a couple short gifs of a few of my photos to give you an idea. It's pretty amazing. Here's some other photos: 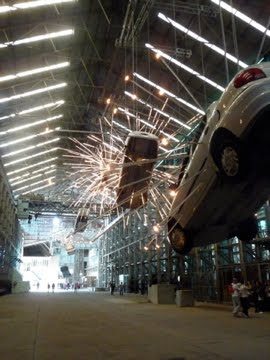 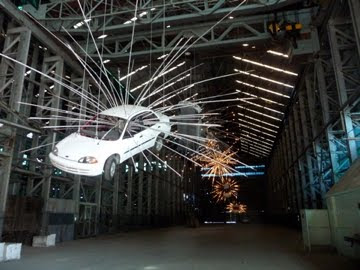 Free ferry there too - well worth checking out.

A couple of people have asked why I haven't been blogging of late. The short answer is that I'm experimenting with my writing in a bid to move in a more creative direction - with my work, writing and all that comes with it. At this point, I'm probably going to write a few popular culture pieces and post them as I wok on my style. You'll have to stick with me during this difficult in-between blog stage. Sorry about that...