A death in the family 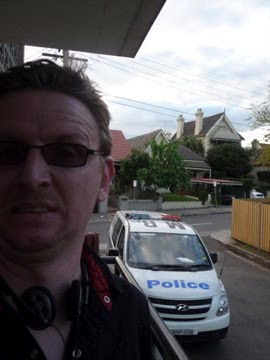 I am sad to announce that my long suffering yet faithful ipod shuffle named guypod is dying. He won't connect to my computer so he will slowly run out of power. As you may or may not know, I proclaimed guypod to be indestructible when I slammed him in a taxi door about ten times. Sadly, his slow death is just a terrible accident. I dropped my back pack on concrete which broke a bottle of deodorant and essentially, guypod drowned in Nivea for Men underarm. As he was in the bottom of my bag, he was a gooey mess by the time I realised what had happened.

At first, I thought he was dead but after a bit of jiggling I got a bit of a static sound of him. Then he started playing music but it kept fading in and out. Now, he sits forlornly on my desk waiting to go to the recycling bin in the sky. Sad. I bought a new shuffle but I'm yet to bond with him or her.

My last thoughts are that while guypod was a faithful friend, at least as he leaves this mortal coil he smells damn good...

I want to share two encounters I had this week that left an impression on me. The first was with a old Chinese taxi driver who was playing air guitar to Howzat! as he drove. This was an awesome feat of dexterity I thought because it's not really an air guitar song and he was still driving with no hands on the wheel.

The other was an old dude standing in the middle of a lane on King Street. Obviously, a bit frail he was in the middle of the street waving his walking stick for a taxi I believed. But as the bus I was in inched around him he started to attack the bus with his the stick, beating the side of it. Not sure if he wanted to bus to stop or die but I thought it was kind of awesome.

Yeah, I know it's been kind of dead around here but you'll be happy to know I've been writing a rom-com in my spare time. I don't think there are enough explosions in romantic comedies so I decided to rectify that.