I was talking to a friend about dreams yesterday and the discussion covered whether they were prophetic, the key to past lives or as many scientists believe - brain farts. So, here's a description of a dream I had last night - what do you think? 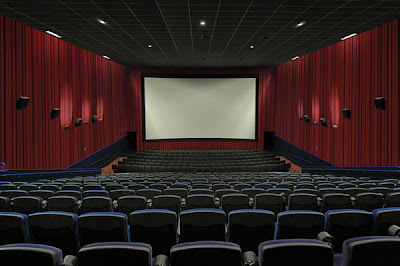 I was going to see a movie at a cineplex and just as I was about to leave this frickin' messed up terminator turns up fully armed saying no one can leave the cinema. 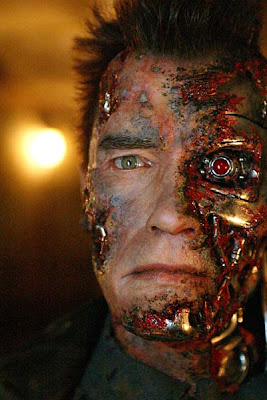 With his red eyes glowing, he said we needed to go and watch more movies as he needed to talk to each of us individually. Everyone goes back into the cinema and takes their seats but I try to escape through an exit door but it is locked (as are all the others). So, then I sneak out of the movie theatre, past the terminator and I can see what he is doing - he is conducting experiments on all the movie goers. 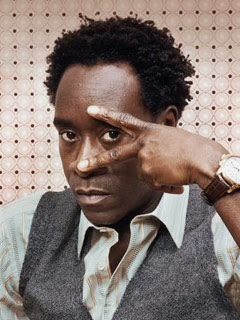 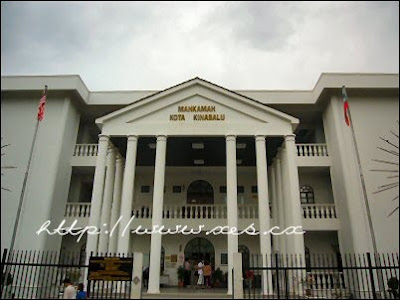 By this time, things get weird because the cinema has turned into a courthouse and I am now Don Cheadle. So I go to the judge's chambers where I find a secret exit where I have to break a window to escape. 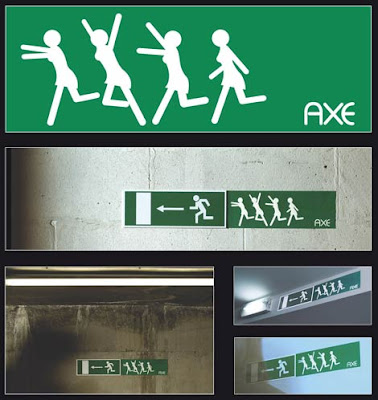 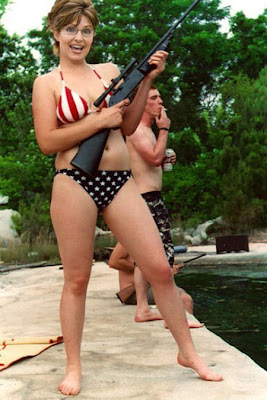 At this point, when I get outside I run into Sarah Palin who says she's going to tell the terminator I escaped. I accuse her of being in collusion with the terminator and I'm going to expose her. And then I wake up...

I am not making this up but I certainly hope that this one is prophetic.